In frequency division duplexing (FDD) communication system, base stations (BSs) should have the downlink (DL) channel state information (CSI) that cannot be obtained at BSs. The conventional FDD communication systems deploy the DL training and feedback where the mobile station (MS) estimates the DL CSI and delivers the CSI to the BS. It becomes infeasible as the number of antennas at the BS increases in a high mobility scenario. When a MS moves at high speed, the channel changes rapidly, which results in a short coherence time.

Without the uplink (UL) feedback, the BS might obtain the DL CSI, which is called the DL extrapolation. Even in the FDD communication system, the UL and DL channel have the reciprocity, which has been proved through previous related works. Using the relation between the UL and DL channel, the UL CSI can be mapped to the DL CSI through the neural network (NN). Prior studies have developed the DL extrapolation algorithm with full dimensional UL and DL channels. However, the complexity of NN training becomes severe as the channel dimension grows.

We proposed the algorithm to simplify the NN input and output for the DL extrapolation. It has been proved through many measurements that the UL and DL channels share same channel path delays and directions in FDD communication systems. The proposed method first extracts the common channel parameters from the UL and DL channel, then trains the NN with the frequency-dependent path gains such that the size of input and output of the NN decreases. The proposed technique outperforms the conventional NN-based DL extrapolation schemes through plenty of simulations. 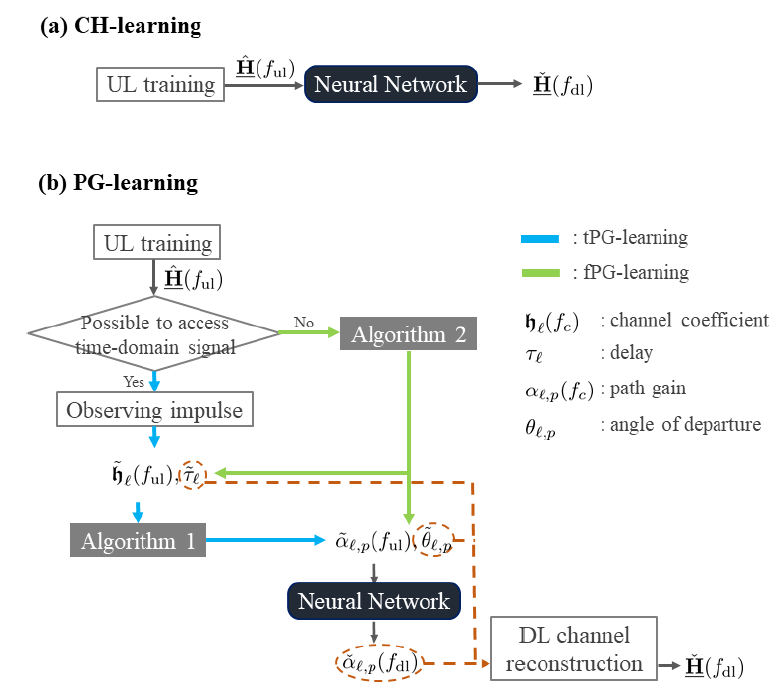 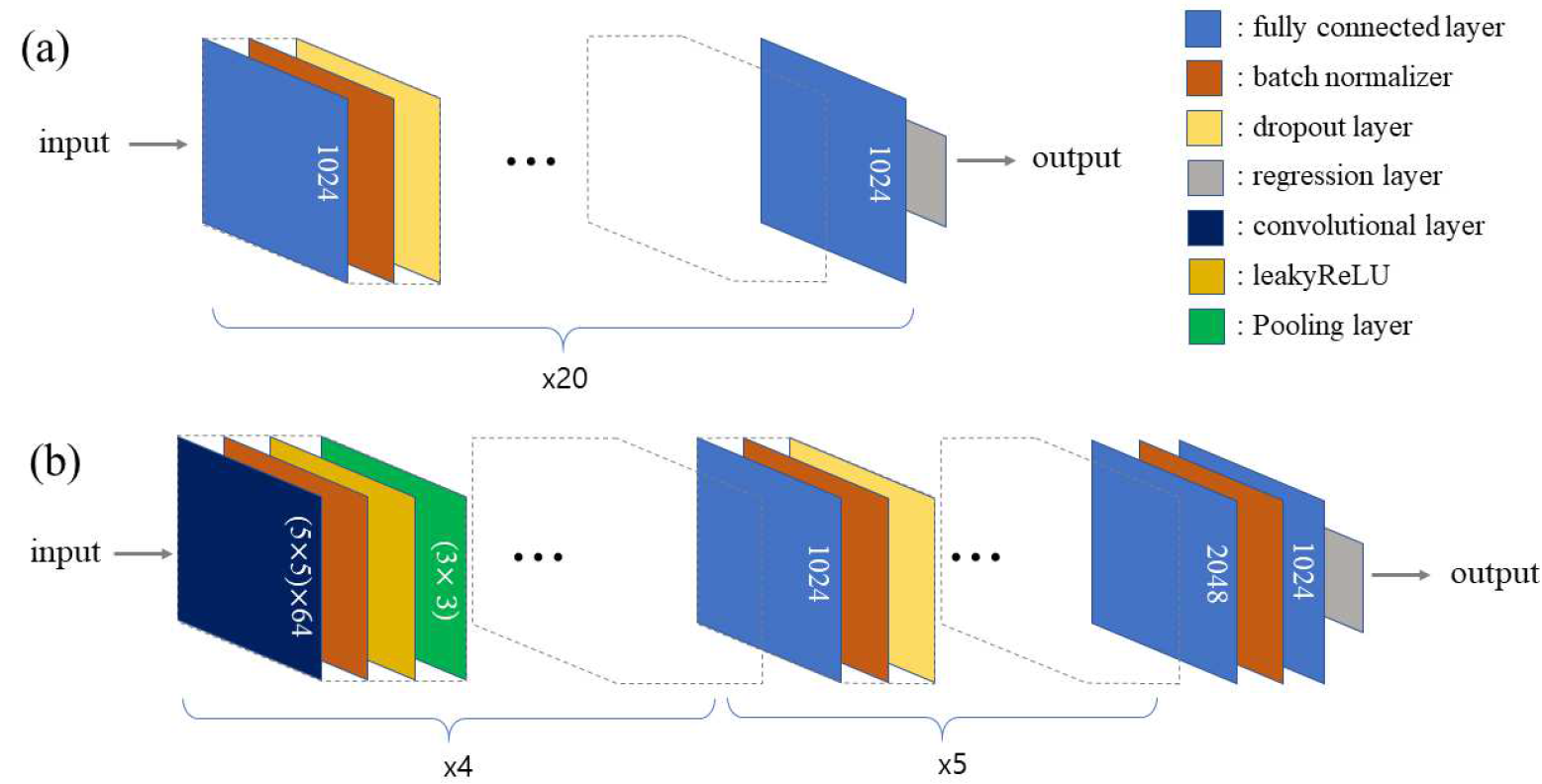 Figure 2. NN structures used for numerical studies. (a) MLP for the CH-learning and (b) CNN for the PG-learning.