Flexible logic circuits and memory with ultra-low static power consumption are in great demand for battery-powered flexible electronic systems. Here, we show that a flexible nonvolatile logic-in-memory circuit enabling normally-off computing can be implemented using a poly(1,3,5-trivinyl-1,3,5-trimethyl cyclotrisiloxane) (pV3D3)-based memristor array. Although memristive logic-in-memory circuits have been previously reported, the requirements of additional components and the large variation of memristors have limited demonstrations to simple gates within a few operation cycles on rigid substrates only. Using memristor-aided logic (MAGIC) architecture requiring only memristors and pV3D3-memristor with good uniformity on a flexible substrate, for the first time, we experimentally demonstrated our implementation of MAGIC-NOT and -NOR gates during multiple cycles and even under bent conditions. Other functions, such as OR, AND, NAND, and a half adder, are also realized by combinations of NOT and NOR gates within a crossbar array. This research advances the development of novel computing architecture with zero static power consumption for battery-powered flexible electronic systems. 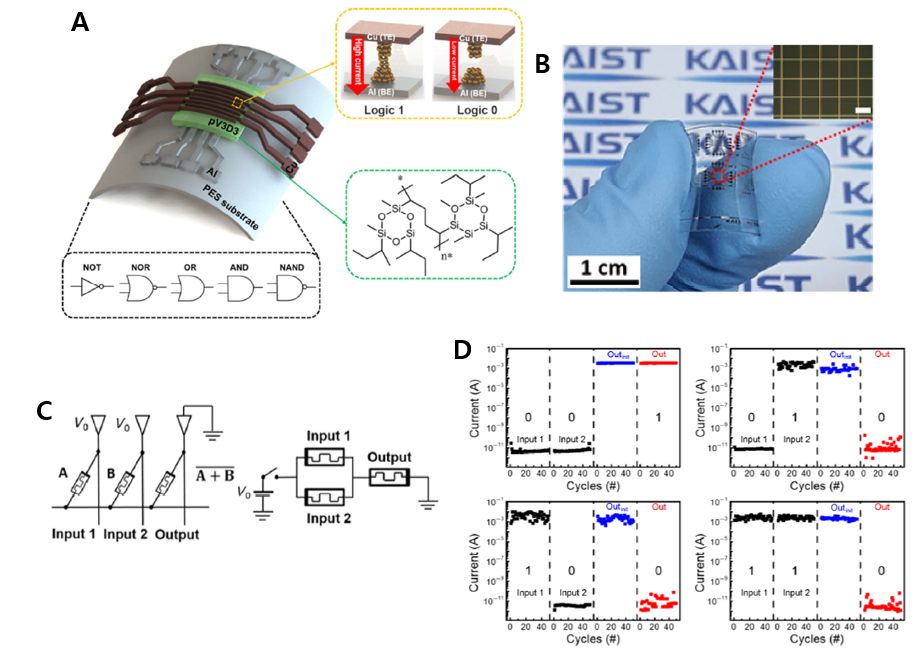