5 million won was also awarded as an additional prize. This competition was an opportunity show the creative skills of young talents by applying LIDAR techonlogy, which is the core technology of autonomous driving and object recognition. LiDAR is a technology that measures distance or shape of an object using light. Participants showed their creativity by developing softwares applying  short-range LiDAR application using Arduino and intelligent autonomous driving robots.

Twenty teams were selected in the first round and total of 8 teams made to the finals. Among the 8 teams, Professor Hyung Myung's research team won the grand prize. 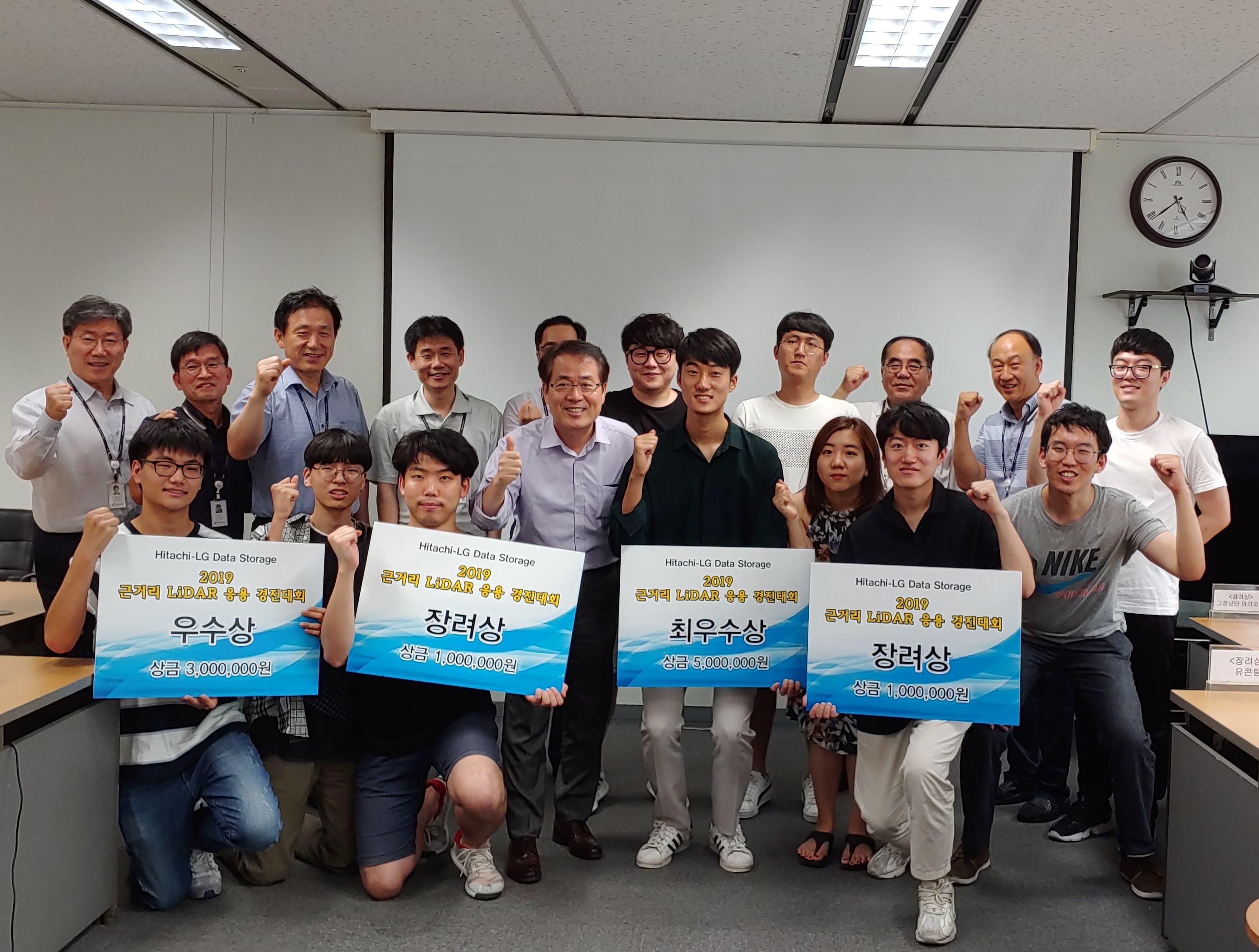