The Haedong Science and Culture Foundation has made a lot of effort and dedication to discovering and motivating talent for technological development and industry in Korea.

In particular, in 2021, the “Haedong Semiconductor Engineering Award” was established for the semiconductor industry and technology to provide a cornerstone for discovering semiconductor talent. 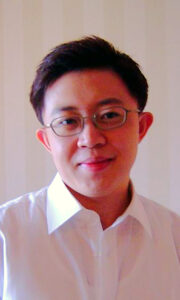 Professor Minkyu Je has conducted leading research in the field of biomedical and sensor interface integrated circuits/microsystems since the early 2000s while working at the IME Research Center under A*STAR in Singapore. He was awarded because it played an important role in leading the level of domestic research in this field to the world level by continuing the highest level of research.

Since he has played an important role in leading the level of domestic research in this field to the world level by continuing the highest level of research, he was awarded. He is recognized internationally as a major researcher who has greatly contributed to the pioneering and development of the field, and is playing a role as a leading researcher in this field in Korea.

In recognition of excellent research achievements in the field of circuits and systems for next-generation medical devices and neuronal interfaces, he was selected as a Distinguished Lecturer by the IEEE Circuits and Systems Society (CASS) in 2020, and he presented a total of 110 SCI journal papers and 252 international conference papers.

In particular, a total of 76 papers were published in various IEEE excellent journals related to the field, and a total of 25 papers were presented at the highest level international conferences, IEEE ISSCC, IEEE SOVC, and IEEE CICC.

Through active cooperation with start-ups and SMEs as well as large companies in related fields, he has significantly contributed to securing technological competitiveness in the bio/medical device and IoT sensor fields, creating and revitalizing the industrial ecosystem, and securing future growth engines targeting emerging markets.