Through cooperative research of Professor Jae-Woong Jeong in our department and Michael Bruchas in University of Washington, their research team developed a wireless device for brain implantation which can control neural network precisely. The precise control is enabled by drug infusion and light emission to particular areas of the brain. This technology is expected to be applied not only to the development of new drugs which needs animal testing but also to the treatment of a brain disorder such as Parkinson’s.

In addition, the research team injected light-sensitive protein into the brain of a mouse to stimulate place preference. The team made the mouse prefer particular place by turning on the micro-LED when the mouse moved to the place. In contrast, the team successfully deleted place preference of the mouse using drugs. Professor Jae-Woong Jeong said, “nerve control using light and drug is more exquisite and this makes it possible to control the brain without side effects. The invented device needs the easy smartphone operation to control specific brain circuits using light and drugs repetitively and continually. Therefore, the device will be adapted to studies of brain functions and treatments of brain disorders.” 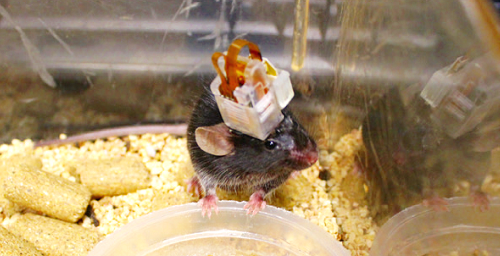 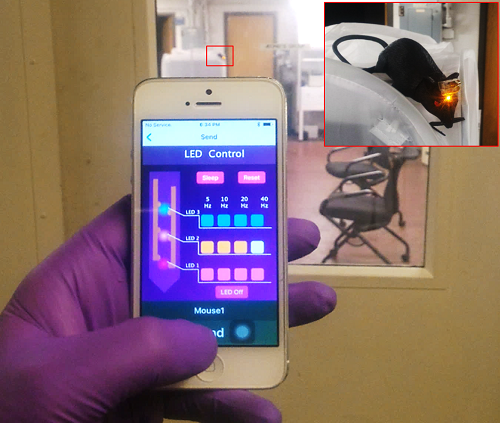 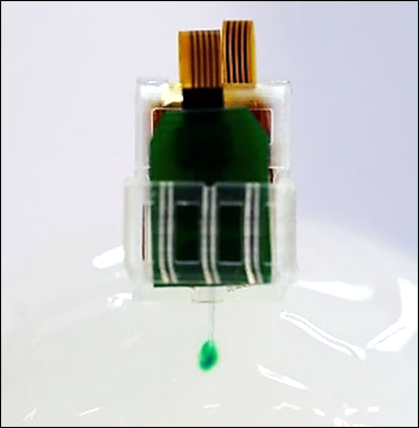