Our department’s laboratory (Prof. Yongdae Kim) has developed an anti-drone technology that can steal other drones by deceiving the location by using fake GPS signals. This technology can safely guide the drones to the desired location without any sudden change in direction at any emergency situation. Therefore, it can respond effectively to drones with the purpose of any terrorism. This technology was published on ‘ACM Transactions on Privacy and Security, TOPS’ on the 9th of April.

As the industry of drone has developed, drones are utilized in various areas such as searching, rescuing, disaster prevention, response, delivery, reconnaissance. In contrast, concerns about private property, key facility intrusion, safety and security threats, and privacy invasion are growing. Therefore, the industry of detecting and preventing drones penetrating is rapidly growing. Currently, the anti-drone systems built in key facilities such as airports utilize electronic jamming signals, high-power lasers, or nets to neutralize drones. However, drones for terrors, which are armed with explosives or weapons, must be neutralized with securing a safe distance to minimize any damages.

At the point where new anti-drone technology is needed, Professor Kim’s research team has developed new anti-drone technology that steals drones by tricking them with fake GPS signals. The research team analyzed the GPS safety mode of the drones made from major drone makers such as DJI and Parrot and made a classification system based on this. And they designed a drone abduction technique depending on the type of the drone. This classification system covers almost all the types of drone GPS safety modes and is universally applicable to any drones that use GPS regardless of model or manufacturer. The research team applied the new technology to four drones and have proven that the drones can be safely guided to the direction of intentional abduction within a small margin of error. Professor Kim said, “Conventional consumer drones seem to be safe from the fake signal GPS attacks due to equipped safety GPS mode, but most of them are able to detour because they detect GPS errors in a rudimentary manner. In particular, the new technology will be able to contribute to reducing the damage to the airline industry and the airport caused by illegal drone flight. 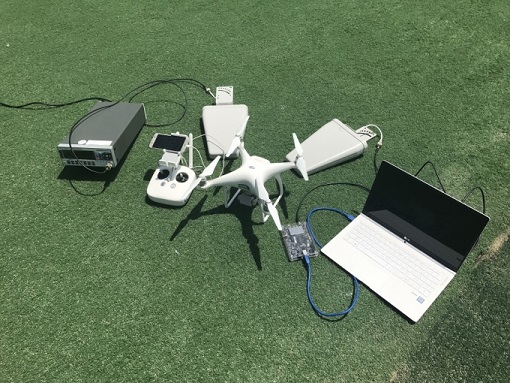