KAIST EE Prof. Kim, SangHyeon’s research team has developed a 3D-stacked semiconductor readout device integration technology, as made public on the 16th. The team made this possible by applying the strengths of monolithic 3D integration to overcome large-scale qubit implementation based on existing quantum computing systems. Their work is a first of its kind exhibiting the 3D stackability of quantum computing readout devices after an actively pursued line of research on monolithic 3D stacking of high-speed devices following a 2021 VLSI presentation, a 2021 IEDM presentation, and a 2022 ACS Nano publication.

A qubit is capable of processing twice the amount computation compared with that of a bit. Number of qubits increasing linearly results in exponential speedup of their computation. Thus, developing large-scale quantum computing is of utmost importance. IBM, for instance, presented Eagle containing 127 qubits, and the IBM roadmap outlines development of a 4,000-qubit quantum computer by 2025 and one with 10,000-qubits or more in 10 years.

Designing such large-scale quantum computers with many qubits requires implementing devices for qubit control/readout. The research team has not only proposed and implemented 3D-stacked control/readout devices but also achieved world-best cutoff frequency characteristics at cryogenic settings despite the 3D stacking.

This work has been supported by the National Research Foundation of Korea, the System Semiconductor Development Program funded by Gyeonggi-do, and the Korea Basic Science Institute. 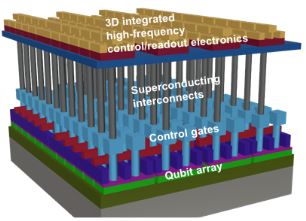 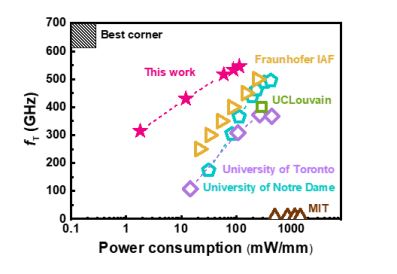